skip to main | skip to sidebar

When Houston was struck by Hurricane Harvey, all the cable news networks went live, wall-to-wall, with dramatic footage of flooding and destruction. Reporters did live interviews with distraught evacuees, fleeing with arms full of pets and belongings. They did live shots from shelters, surrounded by the displaced.

It was classic, dramatic, live TV news coverage. Like millions of Americans, I watched, I was moved, I followed onscreen directions about where to donate and how to help.

This past weekend, the devastating La Tuna Fire was covered extensively on local news in Los Angeles. There were live chopper shots of hillsides engulfed in hellish flames. Interviews with evacuees, live shots from shelters… classic, dramatic, live TV news coverage. I watched, I was moved, etc.

Then the La Tuna Fire started to spread. Actually, it started to rage. It became the Burbank Fire, too.

I live in Burbank. It looked like the fire was moving closer to where I live. Sometimes it looked like it was a lot closer.

Suddenly I was no longer interested in interviews with evacuees. This wasn’t a gripping story of people in trouble, this was a terrifying story about my house possibly burning down. The house I was actually in at the time.

I no longer cared about drama. I wasn't interested in generic hillsides in flames. One hillside looks like all the other hillsides to me. Whenever the news did identify the hillside, it was a hillside near the 210 Freeway. A closed, empty freeway.

All I wanted was a helicopter shot of the entire fire, preferably with a map overlaid, showing where the fire was and where it was going. Forget the map, how about just a big shot of the fire with some landmarks visible all around? I wanted the fire to be at least as easy to follow as a live police chase is.

The local news went back to regular programming. They told us to check their websites and apps for the latest updates. But “latest updates” just meant a Twitter feed of the posts we were all following anyway. I don’t need a television news operation to keep me posted about what’s happening on Twitter. I’ve got Twitter.

What I don’t have is a chopper. But the TV news websites and apps kept showing the same footage of the 210 Freeway, with the same old evacuee interviews mixed in. Those interviews were probably intensely interesting for the evacuees… the only people in the broadcast area guaranteed NOT to be watching the news.

My neighbors and I were desperate for information about the fire, which was now apparently only two miles away. We knew that because, instead of staying at home and out of everyone’s way, we were all randomly driving up the hillsides, looking for flames and reporting back to each other.

The sky was orange. The fire was LESS than two miles away now. And all we could do was sit in our homes, packed and ready to go when a fireman knocked on the door and gave us the 20-minute evacuate order.

Meanwhile, KABC-7 went live with chopper coverage on Facebook Video. I know because I was monitoring all video on all media everywhere when I found it. And for more than 90 minutes — as the fire was one-and-a-half miles from my house — they showed a knucklehead in a junkyard house somewhere not near me. Someone who refused to evacuate, and now the flames were getting closer. It was dramatic as hell. But it was no help to me.

It’s insane to think that I could look out my window and see the flames were close, but had no way of knowing which hill was on fire. The one next to me? The one next to that? A hill a mile away? We have the technology. TV news can give people the information they need. So why don’t they?

So, my modest proposal: when local news covers local news, throw out the rulebook. The human-drama-raging-devastation-evacuee-interview-shelter stuff is fine for news somewhere else. But when the news is happening right here, right now, local news should give locals clear, simple maps with clear simple red flamey things. At least give us half a screen of simple maps and do your human drama stuff on the other half. If you don't have a chopper, use a drone. Give us some way of seeing what's on the other side of the hill, if what's on the other side of the hill could be a devastating fire.

Come on, TV news. You know how to do this. You already do it with weather. You show us a map full of animations illustrating every excruciating, impenetrable detail of why it was 85 degrees today but it will be only 80 degrees tomorrow.

So why not do a simple, clear map full of animations when lives and property are at stake?

Here is the question, from about 36 minutes into the Rachel Maddow Show:


"In terms of legal challenges to these new legal barriers to voting, is it the sort of thing where you just have to on paper say the ID's are free but it doesn't really matter if nobody can access them? Have the courts tended to look on issues like this as something where you just have to get it right on paper and it doesn't really matter how it works in practice? Or is the scrutiny of how it actually works in the real world, whether there is a real world effect on disenfranchising people?"

A History of the Phone on Film: Christian Marclay's 1995 short "Telephones"

Visit msnbc.com for breaking news, world news, and news about the economy 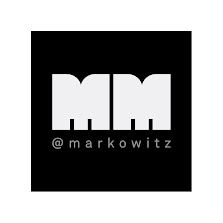 Alternate Views of this Blog (Try them all!)

More styles are available in upper left toolbar of most views

Michael Markowitz
"Potential with no credentials" 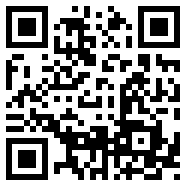 Duckman: Seasons 1 and 2 on DVD

Duckman: Seasons 3 and 4 on DVD

Don't Forget to Click on "Older Posts." Those are the Best Ones!